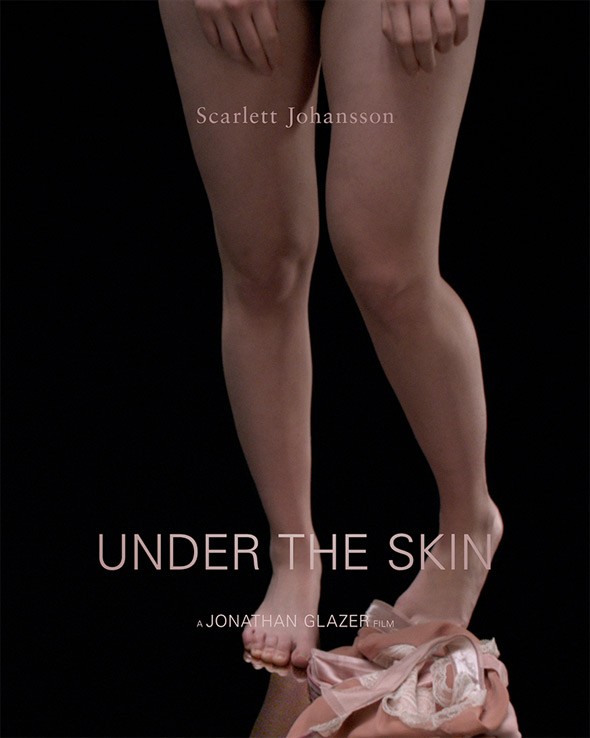 “I’m only human, baby. Won’t you forgive me for that?” – Luther Vandross (one of the great R&B vocalists and creator of the most American piece of food since apple pie, the LUTHER BURGER)

“The most terrifying fact about the universe is not that it is hostile but that it is indifferent; but if we can come to terms with this indifference and accept the challenges of life within the boundaries of death — however mutable man may be able to make them — our existence as a species can have genuine meaning and fulfillment. However vast the darkness, we must supply our own light.” – Stanley Kubrick (Anybody else see where Rust Cohle stole some quotes?)

Do anyone else’s parents send them newspaper articles in the mail? It started in college. I’d get snippets from our hometown paper about local folks working on independent movies or updates on smaller film festivals in Virginia. But as the years went on my parents began to send any article with even a glancing connection to me. That’s how, after moving to New York, I came to be in possession of a Parade magazine article in which Scarlett Johansson waxed on her love for the City and specifically the subway. On the surface her affection for the subway is a throwaway factoid, easily filed away with George W. Bush’s favorite song (My Sharona by The Knack) and the true author of the accompanying essay in Criterion’s release of Being John Malkovich (Jonathan Lethem as Perkus Tooth).

However, this month’s film, Under the Skin got me thinking about the appeal that the subway would offer a celebrity, especially one of Johansson’s stature. The subway is one of the purest distillations of humanity. If you were a celebrity, living in the Hollywood bubble, and wanted to re-connect with everyday life, the subway would be a great place to start. Literally every religion, race, income, shoe size, all crammed together in an underground tunnel. UWS Moms with sallow kids, construction workers caked in dust, Senegalese immigrants straight off the boat, all of it.  No one cares who you are on the subway, as long as you don’t hold the doors and aren’t eating smelly Thai food.

Under the Skin is a drastically heightened version of this “outsider looking in” scenario. The film follows an extraterrestrial who inhabits the skin of a young woman (Scarlett Johansson) and then proceeds to seduce, kill, and harvest, random men throughout Scotland. As the film progresses the alien becomes more and more comfortable in the human world. The alien starts to appropriate (Or is it mimic? We’re never quite sure.) the emotions of humans. How the director, Johnatahn Glazer, conveys the changing perspective of this alien will be the main subject of this post.

Glazer is one of those dudes, like David Fincher or Spike Jonze, who made a ton of commercials and music videos before transitioning into narrative features. I’m a sucker for these two ads of his in particular: SURFER and LEVIS. And for anyone who doesn’t believe that authorial voice is present in advertising just look at this Motorola commercial. The imagery and thematic preoccupations are right out of Under the Skin.

The easy comparison for Under the Skin, both in approach and tone, are the films of Stanley Kubrick (And since this is the easy comparison, you know it’s the one I’ll be making!). A lot the imagery in Under the Skin is unsettling in its composure.  The film relies on a cold observance of human fallibility that’s similar to the one Kubrick mastered. And much like Kubrick, Glazer makes sure his characters and plot are only two instruments in a much larger orchestra. Meaning that character and plot share equal importance with score, imagery, color, light.

And much like Kubrick, or Werner Herzog, Glazer seems captivated by the brutal indifference of nature. As odd an association as it is to make, I kept thinking about Grizzly Man. Timothy Treadwell projected so much onto those Alaskan grizzlies that he lost the separation between the emotional complexity of humans and the singular emotion (survival) of animals. Timothy Treadwell was killed because he mistakenly believed nature would reciprocate the care that he showed toward it. The same can be said for our understanding of Johansson’s alien. We watch her, and because she looks like a human, and talks like a human, we desperately want her to empathize like a human. To show sympathy. To care. But she doesn’t. She uses her sexuality to lure men into a gelatinous ooze (and not the good kind of gelatinous ooze like a tub of junior mint cream) and kill them for her survival.

The camera too functions in this regard. It does not blink. We want the camera to tell us how to feel. But it doesn’t. Glazer’s cuts don’t heighten the emotion of a scene. They don’t cut for drama. They cut only to remain on that singular purpose of showing us the world through the alien’s eyes.

The movie begins with an alien who’s new to earth and ready to explore. Therefore the camera spends most its’ time in a van, mostly during night, mostly in medium shots.

One of the more exhilarating scenes, that illustrates this perfectly, is when Johansson’s alien parks her van outside the Scottish equivalent of public housing, which I guess is just public housing spoken in a Groundskeeper Willie-Style Scottish accent. She sits cocooned in her van while a young man with a lumpy face gently taps on her window. We can see that he’s mouthing “Are you lost?”. The alien sits calmly, not responding to the taps. Eventually she rolls down her window a crack and suddenly ten young men leap onto the car, pummeling the doors and windows, trying to break in. But the camera never leaves Johansson’s side. While the men furiously pound and rock the car, we’re left inside with Johansson. Left with only that which she can see through the windows, listening to the muffled thumps of their attack. The camera is unmoved, indifferent, because she is unmoved. She doesn’t feel danger. She doesn’t understand danger. Her face is slack as she watches these frothing young men desperately attack the van. In this case it’s important to think about what wasn’t done. We don’t get a wide shot of the car. The camera doesn’t move, or rattle, or shake. It observes from inside, static.

Later in the film the alien’s perspective expands and she begins to get a larger sense of the world. She’s no longer focused on finding and killing men. Therefore she’s able to see more of the surrounding environment. Thus the camera moves toward wider and wider shots . Even a simple scene, such as the one where Johansson is walking down a foggy Scottish hillside, although it’s shot in extreme wide shot, doesn’t betray the alien’s perspective because by the time this shot appears she now sees herself as a part of the surrounding environment rather than separate from it. So the environment surrounds and encompasses her image on screen.

In fact, as an article in The Guardian explains: “Glazer obsessed over how the world might really look to new eyes. “I liked having it in my head. Finding the logic, the images. It’s like learning an alphabet, then a language, then writing in it, then trying to write poetry in it.”

Look at the scene where Johannson eats a piece of cake. The sixty second shot of her cutting the cake and then lifting the cake to her mouth is uncut. The intense focus of the camera immerses you in the importance of this one piece of odd food. We can’t see the other guests, the walls, the server. All we can see is the cake because it’s all she can see.

Often times the camera sharing the alien’s perspective manifests itself in the horrific. We neutrally observe, like Johansson, as a couple drown in the ocean. This scene is rather early in the film so Johansson still views human actions without understanding. The waves crash one after the other. The couple’s flailing and struggle are seen at a distance. The camera is stationed on the beach, close enough that we can see them drown but far enough that the immediacy is absent. Then, as Johansson leaves the beach, the drowned couple’s 18 month old child is left on shore, wailing and abandoned. She walks past him without the slightest acknowledgement. We invest emotion into to it. But to her, the alien, the child’s wailing is no different than a bird’s screeching or the crunch of snow. It’s a foreign noise from a foreign object, devoid of meaning.

– Y’all remember David Icke? He’s the conspiracy theorist who believes that Tony Blair, George W. Bush and others are a secret race of lizard people who control the world government. Under the Skin is kind of  like a thinking man’s version of that.

– I’m unclear why the aliens in movies are always hostile?  Or if aliens aren’t portrayed as hostile, it’s either a kid’s movie (E.T.) or a forgettable comedy (Paul). Wouldn’t the scarier thing be if aliens were peaceful but passed over our planet because WE were too hostile? (This question should be followed a bong rip)